Starting a new business can be a daunting venture. It always carries risk, and no matterhow prepared you think you are, success isn’t a guarantee. There are some places in thecountry, though, that are more hospitable to new businesses than others. To find the cities whereentrepreneurs should think about starting their business ventures, SmartAsset analyzed the dataand found the cities that are best for new businesses. 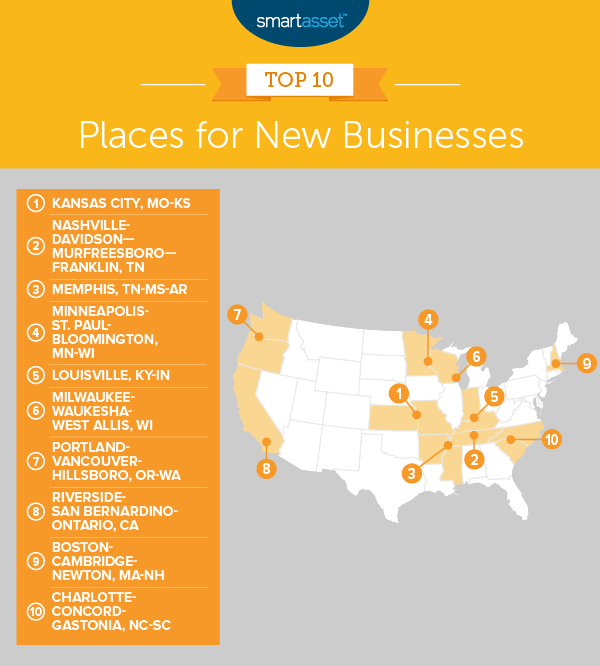 To find the best places in America to start a new business, we analyzed data for the 50largest metro areas across the following metrics:

Tips on Managing your Money