We all dream of building wealth, but not all places provide the same opportunities as others. If joining the highest earners is your goal, you'll probably want to live in a location that offers access to high-paying jobs and affordable housing. To help you plan your financial rise, we looked at job- and housing-related metrics to determine the best places for you to join the wealthy residents at the top of the economic ladder.

To create our rankings for the best cities to become wealthy, we looked at seven metrics: the unemployment rate, the rate of high-wage jobs in the city, the growth in the rate of high-wage jobs, the growth in earnings over five years, median housing costs, median housing costs as a percentage of household income and finally the ratio between the income required to be in the upper 20% of earners and the median income in the city. This final metric provides a glimpse at how equal the pay is in the city. A high ratio indicates a big difference between the top earners and the median earner. To learn more about our data sources and how we created the final rankings, check out the Data and Methodology section below. 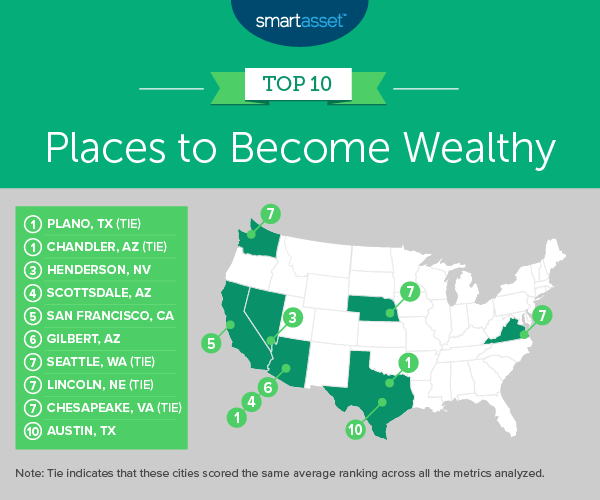 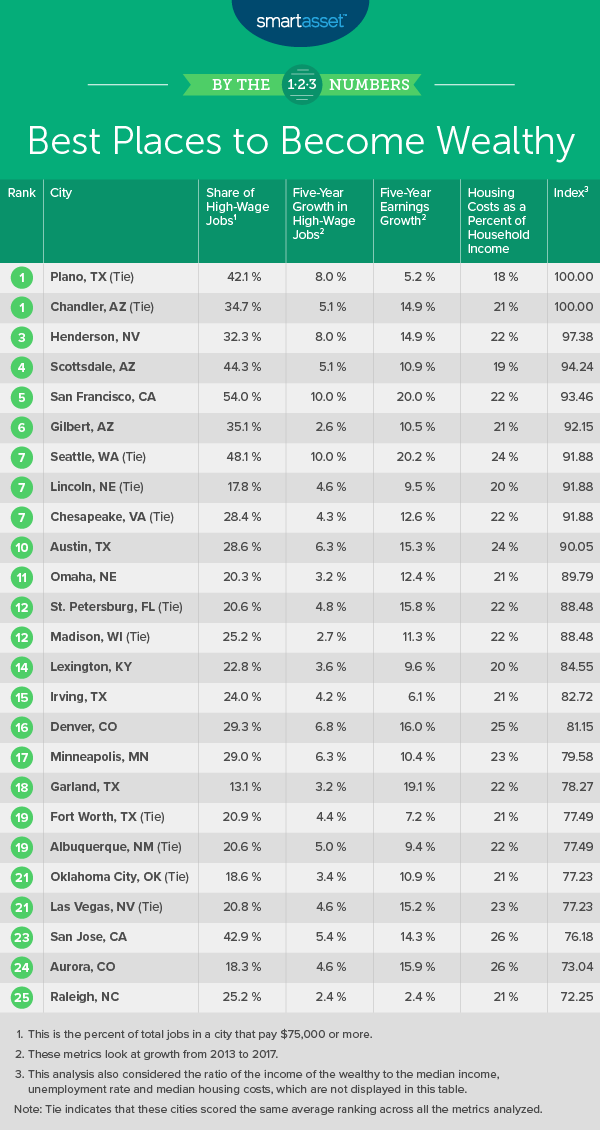 In order to determine the best cities to become wealthy, we looked at data on the 100 largest cities in the U.S. We compared those cities across seven metrics. Specifically, we looked at the following:

Tips for Building Your Savings