Income Needed to Be Wealthy in America's Largest Cities

These days, if you want to be included among the ranks of wealthy Americans, you need to live in a household earning at least $121,116, according to the latest Census Bureau figures. In other words, your household must earn twice the nation's median household income. But that figure is just the national estimate. Income disparities are so vast across the country that earning that amount makes you middle class in some cities but upper class in others. Below, we dig into data to find the income needed to be considered wealthy in the largest cities in America.

In total, we looked at the largest cities to find where you need to make the most money to be considered wealthy. For this article, we considered the wealthy those in the top 20% of earners. Check out our data and methodology below to see where we got our data and how we put it together to create our rankings. 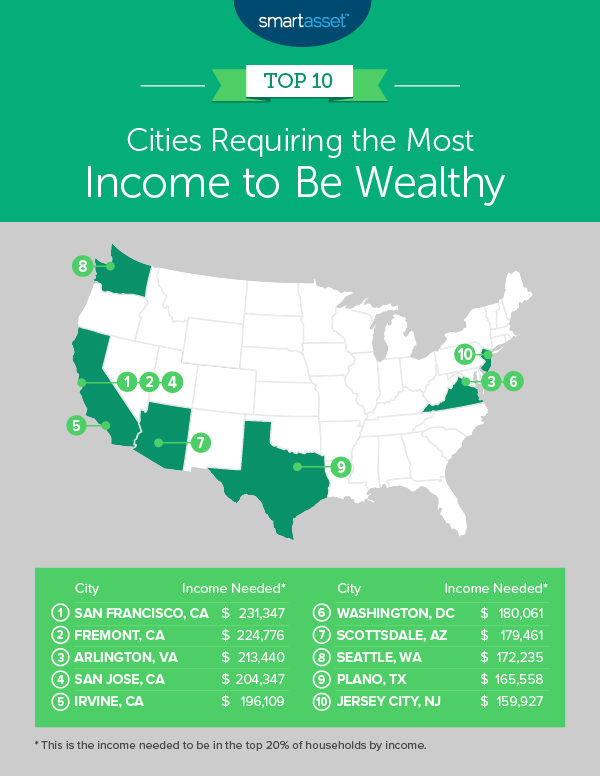 Cities With the Lowest Income Needed to Be Wealthy 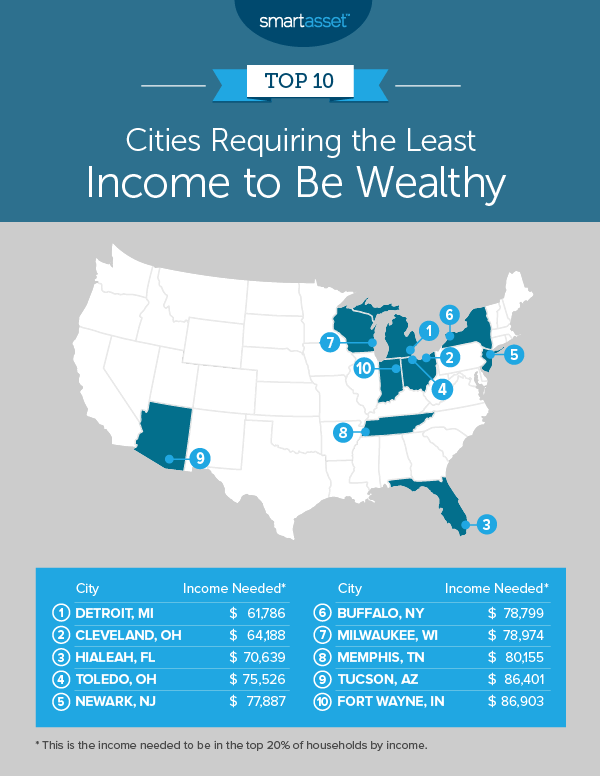 In order to find out how much you need to earn to be wealthy in America, we looked at data from the U.S. Census Bureau's 2017 1-Year American Community Survey for 100 of the largest cities. We found the minimum income a household could earn to be considered part of the top 20% of earners and ranked the cities from high to low based on this figure.

Tips for Increasing Your Wealth