States Most Dependent on the Federal Government - 2019 Edition 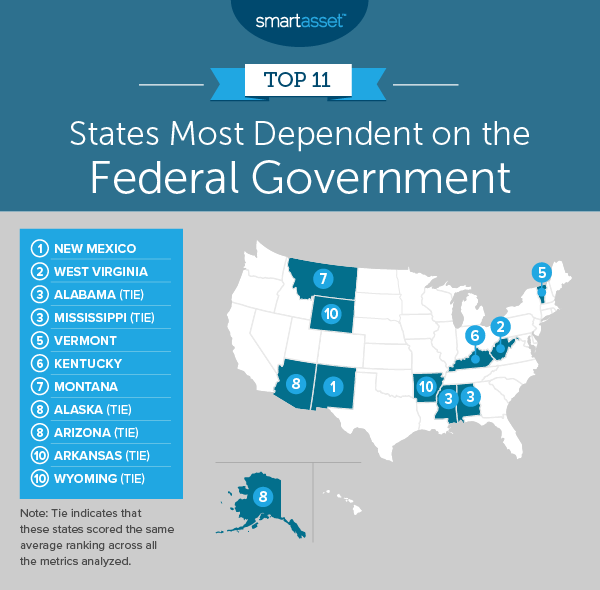 In order to find the states most dependent on the federal government, we looked at data for all 50 states. Specifically, we looked at the following four factors:

Tips for Saving for Retirement