Where Seniors Are Most Prepared for Retirement

More than a fifth of Americans have nothing saved for retirement, according to a Northwestern Mutual survey. What's more, analysis from the St. Louis Federal Reserve shows that families with money parked in retirement accounts only have $1,100 saved up, on average. But in some locales, retirees are bucking the trend and living a life full of the pleasures that come with careful retirement planning and financial security. 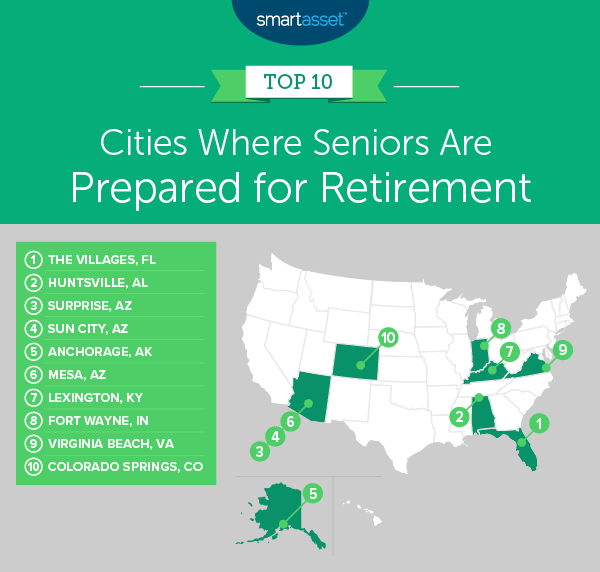 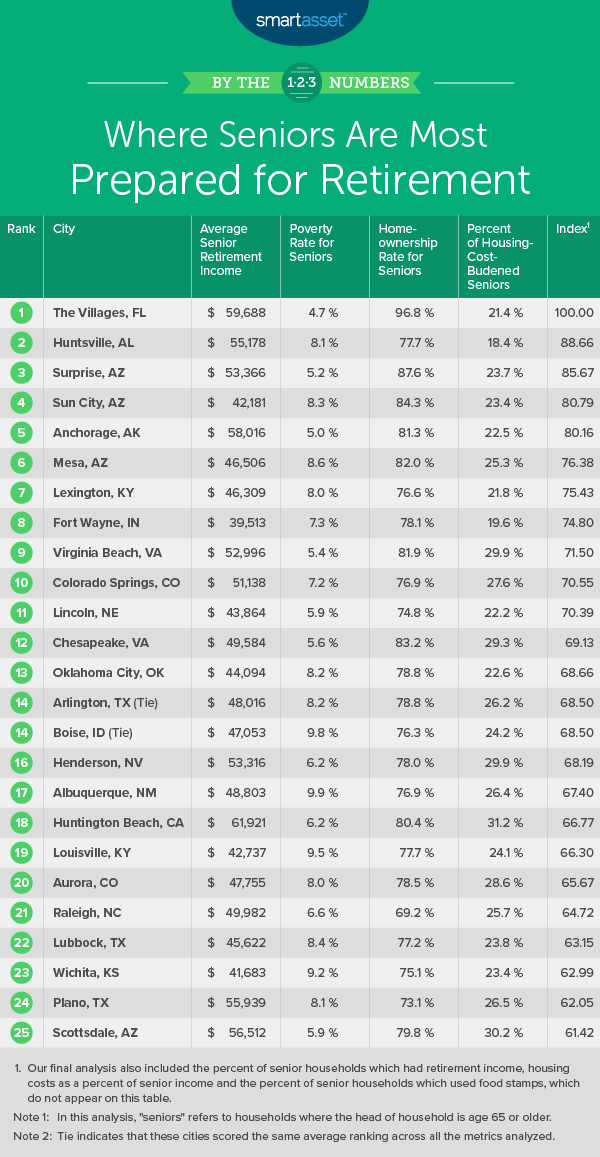 In order to rank the places where seniors are prepared for retirement, we looked at data for the 100 cities with the largest 65-or-older population. We then ranked them using the following seven metrics:

Tips for Preparing for Retirement